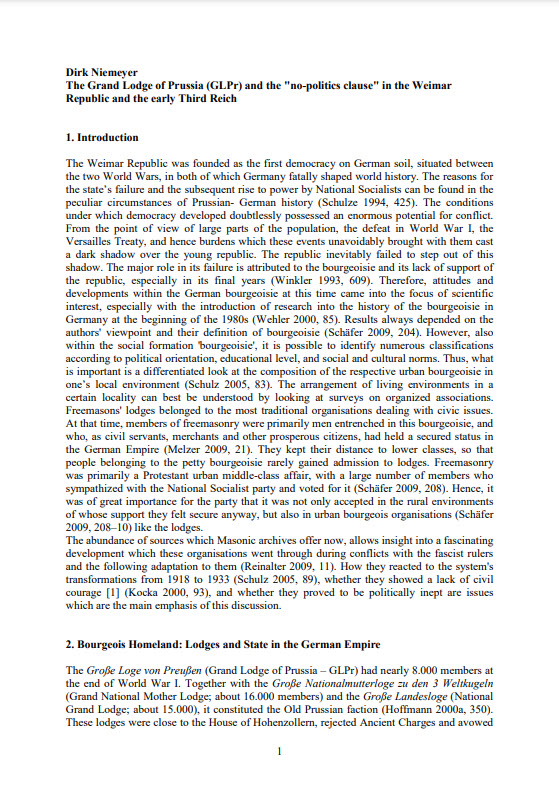 The Weimar Republic was founded as the first democracy on German soil, situated between the two World Wars, in both of which Germany fatally shaped world history. The reasons for the state’s failure and the subsequent rise to power by National Socialists can be found in the peculiar circumstances of Prussian- German history (Schulze 1994, 425). The conditions under which democracy developed doubtlessly possessed an enormous potential for conflict. From the point of view of large parts of the population, the defeat in World War I, the Versailles Treaty, and hence burdens which these events unavoidably brought with them cast a dark shadow over the young republic.